We’re in the second week of the new year and with a new year comes much reminiscing. Today, I’m thinking back to some of my favorite authors and read from 2015. This most definitely is not all of them but here are the ones that stuck out and made an impression.

Tillie Cole was a very nice surprise for me in 2015. My good friend and business partner, Melody introduced me to her. I was bored one night and needed a new read. She suggested Tillie. I decided to check out her ‘Sweet Home’ series. It’s a NewAdult series that is set in a college town. I fell in love with these characters instantly. Even in this sweet, romantic series, the men (Especially the Carillo boys) are much more than your typical ‘bad boys with issues’. Tillie has a way of writing broken men to perfection. There’s a true depth to her male leads and it’s beautiful when they unravel and break your heart. You want to be the women they let in and bare their souls to.

Then, we have a much darker series which is the ‘Hades Hangmen’ series. Oh. Oh man. I can’t even begin to gush about these characters. The men leading each story have dark and heartbreaking demons from their pasts. I have yet to encounter an author who can write truly broken and redeemable men like Tillie can. Then we have ‘RAZE’ and ‘REAP’ and oh, lord, Tillie, my heart can’t handle it! ‘REAP’ made my heart bleed and cry and smile through tears. She has become an instant favorite. I will read anything she writes…except, Cain, Tillie. I don’t know if I can read and root for him. I hate him. I don’t know if I can do it. But, then again, you turned Axel around for me which, I did not think was possible, either. 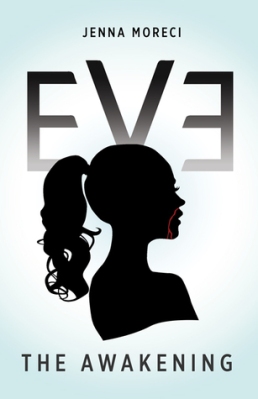 Jenna Moreci’s writing is ridiculous! And I mean that, obviously, in the best way. Last year, her debut novel released, ‘EVE: The Awakening’. And get this, it’s a New Adult, SCI-FI! It’s a college setting backdrop in the midst of crazy alien invasion action and mean girl drama. The humor will have you spitting out so, warning: Do not sip beverages while reading. The heroine kicks ass. There’s blood and alien guts, memorable second characters done right and moments your heart will swoon because the love interest, Jason. Just…Jason. *heart eyes* She is currently working on an Adult Fantasy series and from what I’ve heard of it so far, it’s fan-freaking-tastic, taking Moreci’s writing to a whole other level. I gushed all about it in this book talk ~~~~~> Release Day Blitz – EVE: The Awakening by Jenna Moreci 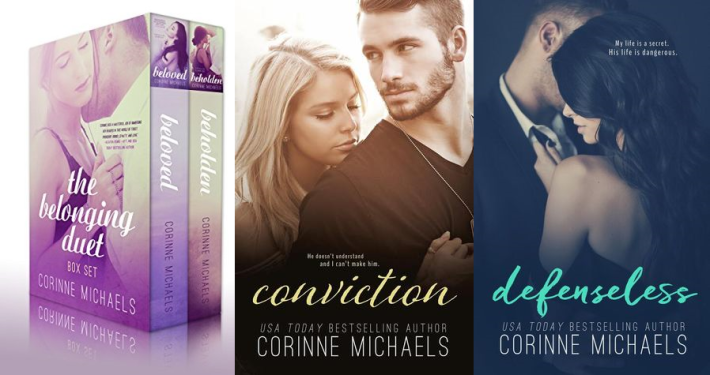 Corinne Michaels was a surprise nugget. Back in 2014, I had read ‘The Belonging Duet’ without knowing who she was. ‘The Consolation Duet’ came out and everyone, and I mean, EVERYONE was gushing about this. This is an Adult Romance. Apparently, everyone was discussing the crazy cliffhanger in book one, and the emotions that would leak out of your eyes once you started reading this. I was definitely curious but because I hate…and I mean HATE cliffhangers, unless I have the next book immediately available, I avoid them. I’m a very impatient reader. If I go into a book, I usually go in ready to finish it in one sitting. Then, there was that cover model. I was swooning so hard over that scruffy jawline of perfection. I waited and finally, read it after the sweet and awesome Corinne Michaels gifted me book one. First, I hadn’t realized these characters were connected to Catherine and Jackson ‘Muffin’ from the books I previously read in 2014. Liam ‘Dreamboat’ Dempsey stole my heart. It didn’t hurt that I was picturing that cover model as Liam.

Recently, I had the opportunity to read an ARC of her newest release, ‘Defenseless’, set to release on the 19th. Her men are always badass and they fight for what and who they love. They’re honorable men. Corinne is a new favorite! 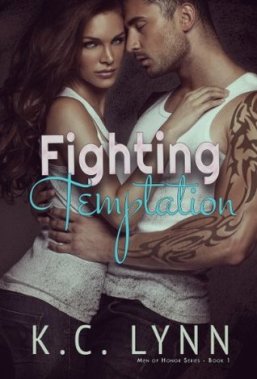 Thank goodness I don’t always judge a book by it’s cover. But, let’s be real, most of the time, I do. Hell yeah, I do. AUTHORS: Make sure you have good covers! Do your words justice!

Anyway, I found this on Amazon when it was free. I decided, why not? The synopsis caught my interest. It starts out New Adult and then becomes Adult romance. Oh my goodness. I binge-read the entire series immediately after. K.C. Lynn’s ‘Men of Honor’ series is sweet, hilarious, beautiful, heartbreaking, sexy, and endearing. I absolutely love all the characters, the couples, the kids (who have gotten spin-off series!). She and her husband are absolutely hilarious and give me #MarriageGoals. These men (her characters) stood by each other in the military and experience a horrible and traumatizing mission that marked their souls and kept them weighed down by those demons until the love of good and sometimes, equally broken women, set them free. I love reading her stories. I’m excited because she’s recently hinted at new things to come. Even a super cute looking and sounding mature YA novel. 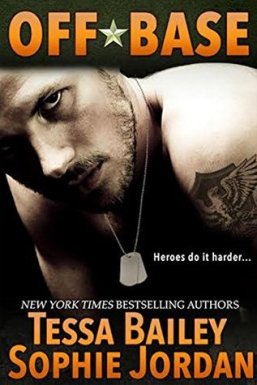 This is another Melody introduced me to and oh, man, am I forever in debted to her. Yeah, there’s no way around this. The plain truth is, no one does dirty talking heroes like Tessa can. My-lanta that woman knows how to make you blush and feel hot and bothered. I think every woman needs a little romance in her life. Sometimes, real life isn’t handing any out so, here you go and you’re welcome.

This was the first book I read from her and it was one hell of an interesting premise. It was a shorter read. It was about a military man who’s a virgin and meets the bad girl on the base.

From here I found all I can on Tessa and binge-read away. What I like about Tessa’s books is that there’s more to them than just raw, dirty talking “alpha’s”. There’s suspense, mystery, adventure, and sweet romance interwoven with all the sexy times. Good times…good times.

Before discovering Tessa Bailey, J. Daniels was my go-to gal for some fun, sexy storytime. I fell in love with her reads once I dove into her ‘Sweet Addiction’ series which was sweet and freaking HILARIOUS. “Goddammit, Billy!” Her other fangirled series is the Bama boys. Oh, them Bama Boys from her ‘Alabama Summer Series’. Ben, Luke, Reed, Mason and soon to be released, CJ and Jake. It’s always a fun read with some angst, some funnies, sweetness, steam, an adorable little boy and his “dwagons” and lots of fierce love. What more could you want on a cozy Sunday afternoon read than to get away with one of these for the day?

Going back to a YA read, Sarah J. Maas came onto the scene and bombed it with her awesomeness! This woman can write GREAT epic stories with an equally EPIC and fierce badass girly girl at the center of it all. The ‘Throne of Glass’ series is a young adult fantasy series that continues to unravel in the craziest, emotionally charged cliffhangers. I’m not even a big fantasy reader myself but I knew it was good when it had me fully attentive. I mean, fantasy, cliffhangers, love-triangles; everything I normally steer clear of and yet, Sarah has me desperately waiting for the next books so I don’t have to suffer too much in waiting to know what happens next.

She released a New Adult fantasy that everyone has been gushing about, ‘A Court of Thorns and Roses’ and that is definitely on my TBR list! 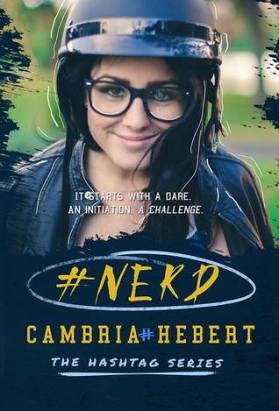 This was a really cute New Adult series with a college setting. Here, we have the nerdy glasses wearing, messy bun donning #Nerd stuck tutoring the arrogant player football star on campus. These troupes are just always fun to read. There’s sweet, funny, sexy moments that you can just cuddle up with on a rainy day in bed. The first three were my favorite, #Nerd, #Hater, #Player.

Last, (sadly, because I hate ending on a random number instead of 10, but I couldn’t think of another for this list) another Melody recommendation, M. Leighton. Her ‘Down to You’ series was crazy, plot twisting, holy cliffhanger, woman! This series was fun, angsty, sexy, and had crazy twists and turns. You think you know what’s happening one moment and then BAM, all your theories are obliterated. So much fun!

And there you have it, folks! My favorite authors and reads of 2015! It’s great to reminisce and look back at the stories I escaped into. Makes me even more excited to see what new authors and reads I’ll discover in 2016! Books. They’re a beautiful thing.

What were some of your favorite 2015 authors and reads?

One thought on “Let’s Reminisce: Favorite Authors and Reads from 2015!”