Time is a Luxury…

Oh how the hands of time betray me, leaving me destitute, eager, grasping for more.

So this Booknerd in a Bookstore has been working her petunia off! She’s been working hard for the money! Her no longer early 20’s body as well is not happy about it and hindering the experience some what.

Anyhoo, I have missed sitting and writing. I just want to be brisked away, to a cute, lively, cultured town, sit at a local coffeehouse on a cool crisp Fall day. I want to wear a scarf, sip on the delicious comfort of a for-here mug of coffee, have a laptop, books and all the free time in the world…excuse me for a moment…I’m drooling. Snapping back to reality.

I’ve been trying to coordinate my days off appropriately. Mostly, I have definitely been trying to get my reading on. I finished Defiance and then!!!! I won the second book of the series, Deception by C.J. Redwine last week. Heck. Yes! I’m excited about getting that in the mail.

This past week, I began, finally the Shatter Me series. Shatter Me, first book of the series by Tahereh Mafi.

So I read a lot of the Goodreads reviews and I was a bit worried starting it out. There were a lot of negative reactions to the book. In the beginning especially, the author takes an extreme unique poetic approach. She also uses, which I thought was different and brilliant, “strikethrough” effect over words, sentences, that were the deepest, truest inner thoughts of our narrator, Juliette. Tahereh uses crazy metaphors I would never have thought of. Some are outrageous, some are brilliantly beautiful, some are poetic and tug at your soul, some are just plan gibberish that makes complete sense! I think the gibberish metaphors are so true to our inner complexity of emotions at certain times and circumstances in our lives. We almost dont know how to describe the mess we’re feeling inside; good or bad.

In the beginning, I’m not gonna lie, though I understand it now, at the time, I was ready for the story to happen, get moving. I was pushing through, waiting, hoping, for more story telling to begin. Oh, and it did my friends. Her chapters are short and quick, so when I say Chapter 19, that is still fairly early on in the book. So…Chapter 19…from there on, these eyeballs were glued to every page, upset about needing to be responsible, put it down, go to bed in order to wake up early in the morning for work.

I am so bummed I do not have in my hands yet, “Unravel Me” the second book of the series. I need money. I need book money. I need a long lost rich uncle to show up and generously shower me with blessings of money!

ALLEGIANT COMES OUT NEXT WEEK AND MY STORE ALREADY HAS THEM HIDDEN AWAY SOMEWHERE AND I CANT TOUCH THEM TILL OCTOBER 22 AND OMG OMG OMG, I NEED THAT BOOK IN MY LIFE YESTERDAY!!!! 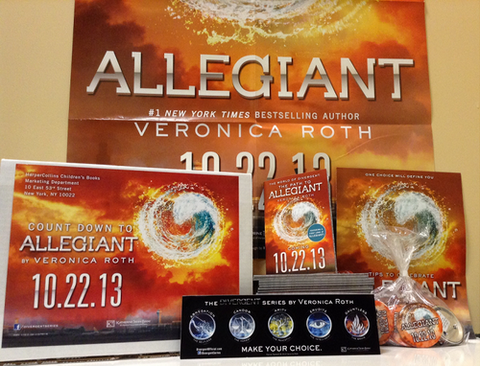 So how are you? Oh, that’s wonderful.

Time…truly a luxury these days. I have a new beta reader from overseas who I chat with on Twitter. She’s awesome and witty and a classic literary nerd so yea…no pressure that my little first draft, of my young adult book in the making, that is not nearly as descriptive or eloquent as Tolstoy or Austen or the Bronte sisters…yea…no pressure. Not freaking out that she might think its cute and hate it.

Funny enough, while I was freaking out about it yesterday, one of my favorite YA authors who I admire for countless personal reasons, was answering questions yesterday and posting them. Then this morning, another YA author I follow posted something relevant to it as well and I began to feel better, giving myself pep talks.

They were asked and wrote:

“…asked: Do you have any advice for beginning writers who think they can’t get anything decent done?

My first piece of advice is stop thinking about whether it’s “decent” or not! Assessments of quality are stifling at the early stages of drafting in particular (and all throughout the writing process!)— just do the best you can at any given moment. And my second piece of advice is to stop worrying about getting anything “done”! All I did from ages 11-20 was write little broken pieces of stories that fizzled out after ten pages, twenty pages, fifty pages, three hundred pages…and then one day I found something that I thought was worth writing to the end. And after that I was able to finish things more often. But no time spent writing little pieces is ever wasted— Divergent was one of those pieces, for me, something I started and abandoned quickly after my freshman year of college and then picked up again four years later with a fresh perspective. I don’t really think any writing is wasted. Everything gets you where you need to go.

So, once you’ve stopped worrying about both of those things, try to just write because you love it. Write even when you don’t love it, too. And you’ll be fine.”

“asked: How many drafts did you go through before making the final draft for Divergent? And what about Insurgent? Did you make more or less drafts for that one?

SO MANY DRAFTS. Oh good heavens. At least seven? It depends on what you call a “new draft”— I call it anything to which you make substantial changes. Two before I got an agent, two after I got an agent, and maybe three after I got a publisher? For Insurgent I had fewer drafts simply because I had less time. I’m one of those people who has really sloppy rough drafts and only really discovers the important parts of the story when I revise. For me, the real work of writing is in revising. It’s my favorite part.”

The other author tweeted:

“1st drafts are allowed to be awful. Writing a book takes as long as it takes. Lots of coffee is good for you. <–Things I tell myself daily.”

So in conclusion, first drafts are suppose to suck, for the most part. The revision process is where one can go in, dissect it, improve it, fill in holes, make sound better, ect. In other words…“STOP FREAKING OUT DESIREE!”

*yea…doing that breathing thing again…in and out, in through the nose, out through the mouth*

I’m on chapter 16 which is exciting. I cant wait to get a laptop, and run away every day-off I can, to sit and just write for hours. Soon, soon…

So that’s what’s been going on. I’ve been m.i.a. lately but finally trying to find a groove again. Tomorrow is TEA TIME with EPIC READS which is awesome. I’m off from work and get to join in. 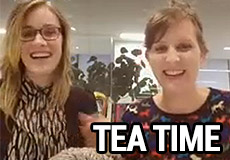 I need more books. I’m practically through my physical TBR (To Be Read) pile. My desired to have in hand TBR pile is much, MUCH longer.

I guess until ALLEGIANT comes out, I’ll read Catching Fire next before it comes out in theaters. I know, I’m WAY behind on this series. Remember, this girl here hasnt had mula, bear with me.

Have a great week all!