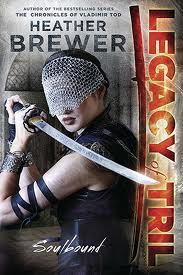 So here I am trapped until it passes and I decided, while it’s fresh on my mind, write a small review on the last book I read. My niece LOVES this book. She claims, momentarily it’s her favorite. She had been waiting for me to get through a few books so she could entrust me with her copy so I may finally read it. Now, there are many mixed reviews on this story. She warned me ahead of time and has been bummed about the negative ones. She told me to read it so she could finally “fangirl” with someone.

Gotta admire the proposal; so I did.

After reading the first couple of chapters, I understood what some people might be thinking. Here’s one excerpt from a review on GoodReads:

“I give this book 5 stars for the story and 1 star for the writing. I really wish that someone else had written the book, because the premise is so good. Normally I won’t finish a book that is almost physically painful to read, but the story kept me coming back for more…so I guess there’s something to be said for that.”

As someone here writing her first novel, I feel weird knocking down a fellow author, especially because, who am I to judge. I will say this, the storyline was very interesting. I mean, I read it in three days technically. A large portion of it on the third day. I was invested in Kaya, I was invested in one of the fellas in the story and I was invested in them, together. I wanted to know how they would end. The writing wasn’t executed at its best and I believe some parts of investment suffered due to it. When things got messy, I didn’t feel anything. I wasn’t emotionally drawn in to the surroundings. The tragedy going on around them wasn’t gripping my heart, at all. I remembered back to a book I previously read, and when the stuff hit the fan, I was gripped! I was sitting up from my leaning back on my pillows position, tapping my foot in anxiety waiting for the outcome.

So many may have reservations continuing the book after the first few chapters but the storyline itself may tickle your senses enough to go on.

In the end, I thoroughly enjoyed it. Talk about “Mother of all cliffhangers!” It’s been over a year and the authors lips are still, by contract sealed about book two. A cover was revealed months ago though. 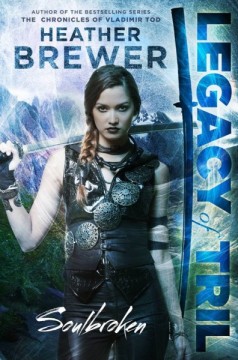 The purpose of this writer, in the end was served because I feel I MUST know what happens after the last line of book one, so Bravo Heather Brewer!

Well, I said it would be short. On to another blog post to make up for the Labor Day weekend! Hope everyone enjoyed theirs.

Low Carb & Keto for Better Health and a Better Life